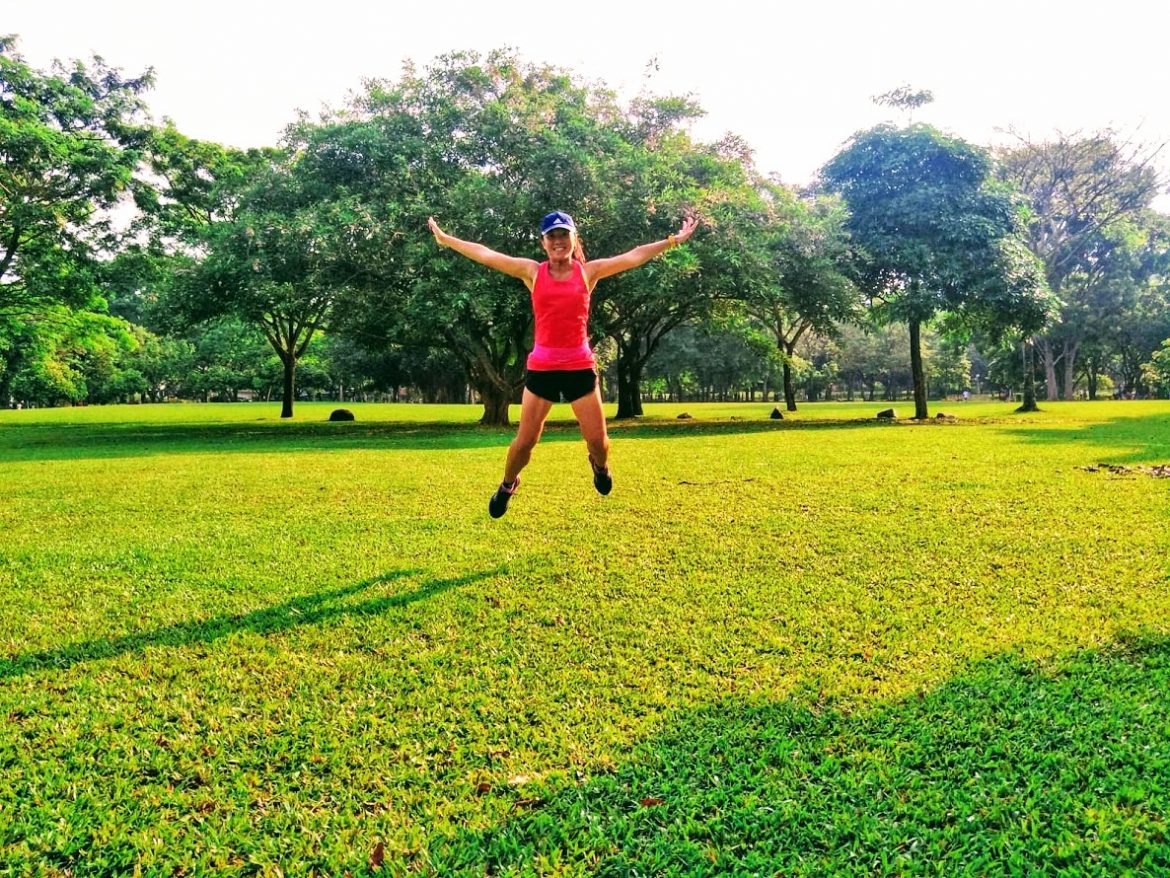 I have completed running at least 10km a day every day for 100 days straight! I’ve never missed a single day of running, no matter how tired. This is a challenge I set for myself to test my perseverance and fitness potential. I had previously written something about this challenge when I was on my 28th day. You can read it here.

What happened after that 28th day? I kept running every day toward my goal. This challenge gave me a sense of purpose and motivation to jump out of bed every morning.

I ran at the nearby park most of the time, occasionally running track, and sometimes exploring new places if I felt adventurous. I picked up 2 bags of litter on the street on one of the running days inspired by a Runkeeper challenge, also known as “Plogging”, took part in Terry Fox Run 10K, explored parts of the coast-to-coast trail route and had fun running from checkpoint to checkpoint and completing quests! Spotted baby wild boars (a.k.a running watermelons) near the reservoir, monitor lizards, otters feasting on fishes in the river, large parrots released by someone at the park, monkeys, chickens (very common now at various parks), met a black spitting cobra (talking about luck!) and wild dogs near Coney Island when I was stranded there alone due to heavy downpour (I have a phobia of untamed dogs). All these are precious memories during this 100-day journey, which will stay with me forever.

A strange thing that happened to me during this period was, both my lower legs experienced the extreme itchy sensation. It happened after slightly more than one month of running every day. The itch could get very very unbearable, without visible rash. I only developed fierce red rashes after I accidentally applied an expired cream. I googled and found out that this is called exercise-induced histamine response.

Histamine is a substance in the body that is most commonly associated with an allergic reaction. But researchers are beginning to understand that histamine also plays a role in exercise. According to an old popular theory, it had to do with blood vessel expansion. The body expands blood vessels during exercise to help bring more oxygen and nutrients to working muscles and to eliminate carbon dioxide and waste products. The idea is when blood vessels expand after a period of inactivity, the surrounding nerves, unused to the phenomenon, mistakenly register the expansion as itchiness. One Japanese study showed that histamine may be released during exercise to help protect the body against exercise-induced fatigue or exhaustion. Unfortunately, histamine also sends itch signals to the brain. I took antihistamine pill once in a while if the itch was affecting my sleep. It did help a little. I read that I should continue exercising (running) and eventually, the itch would be gone once my body/legs adapted. And yes, after about 2 months, now it is gone.

I also experienced on and off shin pain and lower leg pain. I would take it easy on days when I had pain and still clocking mileage. The discomfort would go away after a few slow runs. I quickly learnt that by running every day, the body and legs go through a learning process, learning how to cope with the extra physical demand, run on tired legs and overcome training barriers. Perseverance and determination can break the barriers and achieve what you once thought impossible. Running 10km every day becomes easy and natural. If you persist, your body will adapt.

As I complete the mission that I set out to do, my stamina and fitness level have improved. I am proud, contented and feel that my life is immeasurably enriched. I feel lucky to be able to complete this challenge without injury. I am thankful for this positive influence and consistency in my life. Even though I am much darker now (thanks to the relentless sun exposure), I am also healthier and fitter than ever. Lost 4 kgs of body weight (unintentionally) make me feel lighter and better.

Lastly, If you are excited, driven and willing to put in the necessary time, you will surprise yourself with what you are able to accomplish.