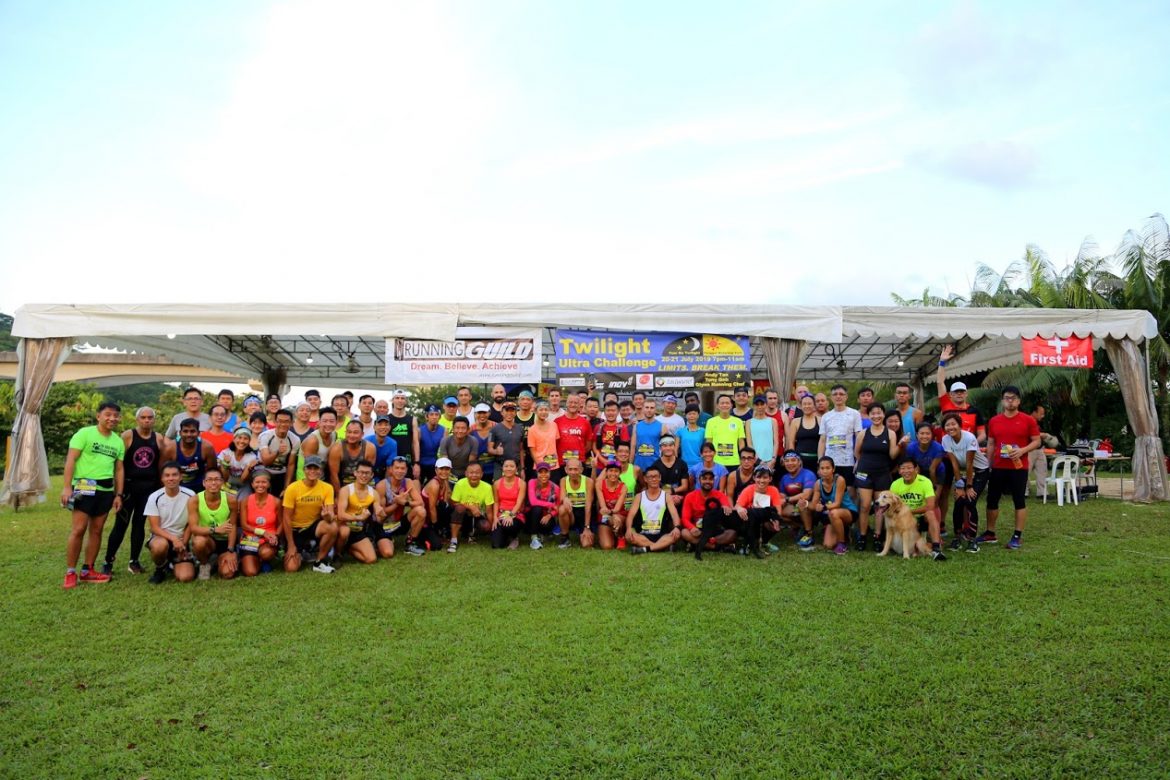 On 20th July 2019, I went to try running an ultramarathon. It was a 16-hour event held at Punggol Waterway Park, from 7 pm – 11 am the next day. The route was a 5KM loop (run 2.5KM and U-turn). The aim was to run as many loops as possible within 16 hours. It was a physical as well as a mental challenge. What attracted me to sign up for this was that it is a night run event. I could avoid being burned by the sun.

Originally I planned to run from 7 pm to 7 am, a duration of 12 hours and see what distance I could clock. I didn’t intend to run the full 16 hours. I think after 8 am, the weather could get very hot and thinking about the exhaustion and sleep deprivation… 12 hours should be about enough.

I started the run feeling good and effortless, with many like-minded individuals, running in the beautiful Punggol Waterway Park as the sun was gradually setting and disappearing.

Soon, after about 15KM of running, I started to feel pain on my left foot. I didn’t expect this pain, it was the first time I experienced this since I started using SOLE footbed to cure my PF on my right foot. The PF on my right foot is cured but I still continue using them for all my runs, primarily because I don’t want the PF to return again.

So, this pain on my left foot was very unexpected, I didn’t bring any gels or extra padding or anything else to counter this. The right foot was fine. So I endured the pain and carried on running and walking but remained puzzled as to WHY it happened. I didn’t have any foot pain running a full marathon at Sundown marathon last month.

Every time I reached the U-turn point and the Start point, I would sit and stretch my left leg, took out my shoe and massage my foot. As I continued running, the pain sensation was shooting through my left leg, up to my thigh.

Sometime later, I decided to approach the First Aid team, asking if they have any counter pain cream. Nope, they didn’t have any. There was nothing else I could do, so I carried on running through the pain. As the pain was getting more and more intense, I took some ice and rolled my foot on them hoping to numb the pain. Nothing worked. I was thinking if I could hop on one leg to complete the run, the answer was obvious. So I walked in pain.

Every time I heard other runners saying they were going home, this was their last loop, I felt demoralised as I had not reached my target yet and could not go home. But I was grateful I received constant encouragement from fellow runners along the way.

People strolling in the park were getting lesser as the night was getting darker. All that was left were us, crazy runners running to and fro throughout the night. It was really crazy. Of course, there were still e-scooters speeding through the night too.

After about 40KM, I had a strong desire to quit. I could feel the huge blister on my small toe and it was getting in the way. It was painful and I was limping. I thought this ultramarathon attempt was going to be a failure after all. Soon, the blister popped by itself and I felt better. But the main culprit was still the left foot. I almost wanted to remove my shoe and walk barefoot since I felt the shoe was a hindrance instead of providing me comfort. But I did not muster the courage to do so.

“Bear with it and clock 50KM before I quit”, I told myself that. I wanted to see 50KM clocked on my Garmin. My heart was still strong but my foot was not. To be honest, I was disappointed… with my foot. I could have done better than this if not for this unnecessary pain.

Apart from the drama, I enjoyed the food. I ate sweet potatoes, bananas, bread with Nutella, longan, hard-boiled eggs, cup noodles, milo, isotonic drinks – all free flow. I finally stopped at around 6 am, clocked 50KM, satisfied and went home.

The event was well-organised, I thank all volunteers for their support throughout the night. Thank you.

After this episode, I am interested to learn more about barefoot running and minimalist shoes. I think it is something worth exploring. We are born to run… remember?